Story of Moses in the Quran 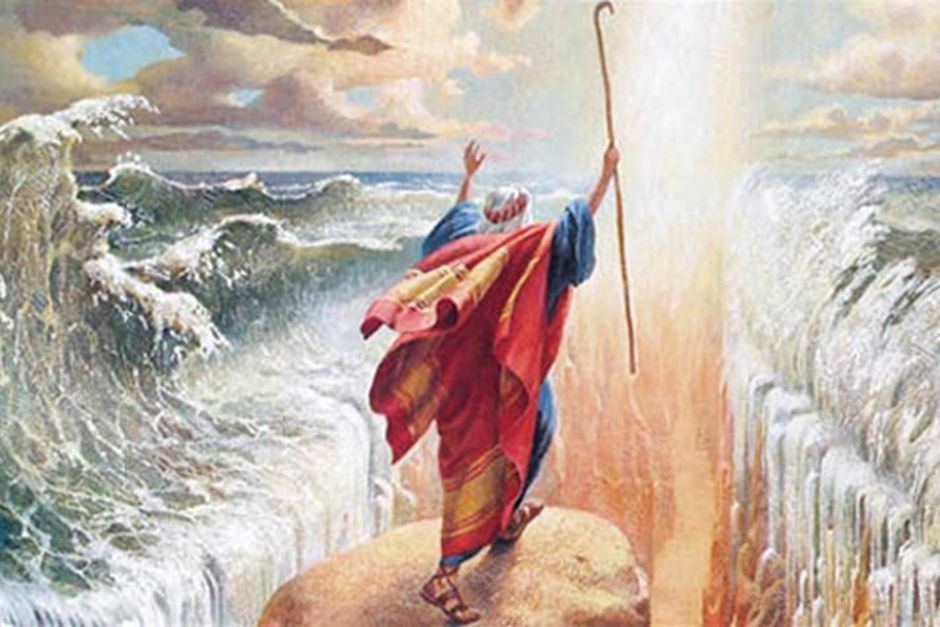 Among the prophets mutually revered by Islam and Judaism is the prominent figure of Moses or Musa, peace be upon him (pbuh). A descendant of Joseph, also known as Yusuf, (pbuh), Moses played a definitive role in restoring freedom to the Israelites. While he encountered many victories, he also experienced hardships in his life.

Muslims consider Torah to be a divine book

Along with holding Prophet Moses in high esteem, Muslims also consider the Torah to be a divine book:

It was We who revealed the Torah (to Moses); therein was guidance and light. By its standard have been judged the Jews, by the Prophet who bowed (as in Islam) to Allah’s will, by the Rabbis and the Doctors of Law: for to them was entrusted the protection of Allah’s Book, and they were witnesses thereto: therefore fear not men, but fear Me, and sell not My Signs for a miserable price. (Quran, 5:44)

According to Jewish tradition, the Torah was revealed to Moses by God. While the original Torah is no longer extant, great care has been taken in preserving the remaining manuscripts of the Torah by the Jewish people. These date back centuries to a time quite close to Moses’ time. Even though the Jewish scholars deem these manuscripts to be essentially the text which was revealed to Moses, Muslims do not believe that this Torah is the one originally given to Moses. Furthermore, Muslims believe that the Quran (also spelled ‘Koran’) supersedes the Torah since the Quran is the final revelation of God; as such, it is the definitive Guide and Law. (Learn more: Quran, the Word of God)

The Quran, revealed by God more than 1400 years ago to Prophet Muhammad (pbuh) and preserved intact ever since, returns to the story of Moses again and again, adding to the details of his experiences and encounters each time. In the process, the Quran confirms many of the aspects present in the Torah, but also corrects others, such as exonerating Aaron and Moses, among other minor points.

In line with the Judaic view, we find out from the Quran that when Prophet Moses (pbuh) was born in Egypt, his life was in great danger as the Pharoah was persecuting the Israelites.

Truly Pharaoh elated himself in the land and broke up its people into sections depressing a group among them: their sons he slew, but he kept alive their females: for he was indeed a maker of mischief. (28:4)

Therefore, Moses’s mother was greatly worried about her son’s fate; then, the Quran specifies that God inspired her to take an unlikely action:

So We sent this inspiration to the mother of Moses: “Suckle (thy child) but when thou hast fears about him cast him, into the river, but fear not nor grieve: for We shall restore him to thee, and We shall make him one of Our messengers.” (28:7)

Moses’s sister hid and kept watch on the progress of her brother across the river. While the Torah maintains that the Pharoah’s daughter adopted Moses, the Quran differs. In fact, the Pharoah’s wife insisted that they adopt him.

When Moses (pbuh) was hungry, he refused to nurse from any of the foster mothers provided for him. At this point, Moses’s sister posing as a bystander suggested she could bring someone who may be successful in feeding him; unbeknownst to his rescuers, she brought his own mother, a point mentioned in Exodus of the Torah as well. Of course, Moses readily nursed from her and the two were thus rejoined.

Thus did We restore him to his mother that her eye might be comforted, that she might not grieve and that she might know that the promise of Allah is true: but most of them do not understand. (28:13)

Moses grew up in Pharoah’s home and was well-acquainted with the state affairs. When he reached adulthood, he once intervened in a fight between an Israelite and an Egyptian, killing the latter inadvertently. The Quran mentions that guilt consumed him and he asked God to forgive him; fearing for his life, he fled and migrated to Madian, where he found refuge in a household by marrying one of the daughters and serving her father (see 28:14-28).

After some time, Moses returned to Egypt with his family. On the way, near Mount Tur, he saw a fire, and he proceeded towards it.

But when he came to the (Fire), a voice was heard from the right bank of the valley, from a tree in hallowed ground: “O Moses! Verily I am Allah the Lord of the Worlds…” (28:30)

This was the beginning of the prophetic mission of Moses, as also chronicled in the Torah. According to the Quran, assisted by his brother, Aaron (Harun), Moses had a dual task: to deliver the Israelites from Pharoah’s cruelty and to advise the Egyptians to forsake their godless ways by embracing the worship of the One God. Even though Moses had brought clear signs from God (28:31-32), Pharoah accused him of sorcery and persecuted him and the Children of Israel.

Moses showed his unwavering faith in God when he led his followers to the Red Sea – Pharoah’s army was behind them, and the open sea in front:

And when the two bodies saw each other, the people of Moses said: “We are sure to be overtaken.” (Moses) said: “By no means! My Lord is with me! Soon will He guide me!” Then We told Moses by inspiration: “Strike the sea with thy rod.” So it divided, and each separate part became like the huge, firm mass of a mountain. And We made the other party approach thither. We delivered Moses and all who were with him; but We drowned the others. Verily in this is a Sign: but most of them do not believe. And verily thy Lord is He, the Exalted in Might, Most Merciful. (26:61-68)

When the time for retribution came, not only did God cause Pharoah and his army to drown, He also raised the status of the Israelites.

And We made a people, considered weak (and of no account), inheritors of lands in both East and West – lands whereon We sent down Our blessings. The fair promise of thy Lord was fulfilled for the Children of Israel, because they had patience and constancy, and we leveled to the ground the great works and fine buildings which Pharoah and his people erected (with such pride). (7:137)

In the Quran, God says that He spoke directly to Moses, but when he requested to see Him, God cast His reflected glory over a mountain and it turned to dust, causing Moses to faint (7:143). Over a period of forty nights, God revealed religious knowledge to Moses and chose him to continue to lead his people.

And We ordained laws for him in the Tablets in all matters, both commanding and explaining all things (and said): “Take these and hold these with firmness, and enjoin thy people to hold fast by the best in the precepts.” (7:145)

Moses and the Israelites

When Moses returned to his people, however, they had taken to worshipping a calf. The Torah at this point incriminates Aaron as one of those who worshipped the calf. Yet, when Moses accuses him of this, the Quran exonerates Aaron (pbuh) in the following verse:

…Aaron said: “Son of my mother! The people did indeed reckon me as naught, and went near to slaying me! Make not the enemies rejoice over my misfortune, nor count thou me amongst the people of sin.” (7:150)

Moses then asked God to forgive him and his brother. Thus began a series of events in which Moses (pbuh) repeatedly guided the Children of Israel towards the worship of One God even as he endured their complaints and taunts.

And remember, Moses said to his people: “O my people! Why do ye vex and insult me, though ye know that I am the messenger of Allah (sent) to you?” (61:5)

God continued to bless the Israelites by bestowing many favors upon them, as well as inflicting punishments on them for their disobedience. Both of these are greatly detailed in the second chapter of the Quran, The Cow.

When it was time for them to enter Canaan, the Children of Israel rebelled against Moses and the command of God. In telling this story, the Quran relates Moses’s powerlessness over his own people:

He said: “O my Lord! I have power only over myself and my brother: so separate us from this rebellious people!” (5:25)

Despite the many trials and tribulations which came their way, Moses and Aaron, peace be upon them, continued to submit themselves completely to the will of God. Indeed, God exonerates Moses and Aaron of any wrongdoing in the Quran and depicts them as His grateful servants.

In the end, the many similarities between the accounts of Moses in the Torah and the Quran signify the common ancestral ties of the two faiths. Just as Muhammad (pbuh) invited the pagan Arabs to worship the One God, Moses also kept steering his wayward people toward monotheism. The Quran, which Muslims believe has been preserved over the centuries, contrasts with the Torah by correcting misconceptions that have developed historically about Moses. As such, God elevates Moses to a position of honor in the Quran (33:69), freeing him from any blame for the actions of his people.