Is quran a word of God? 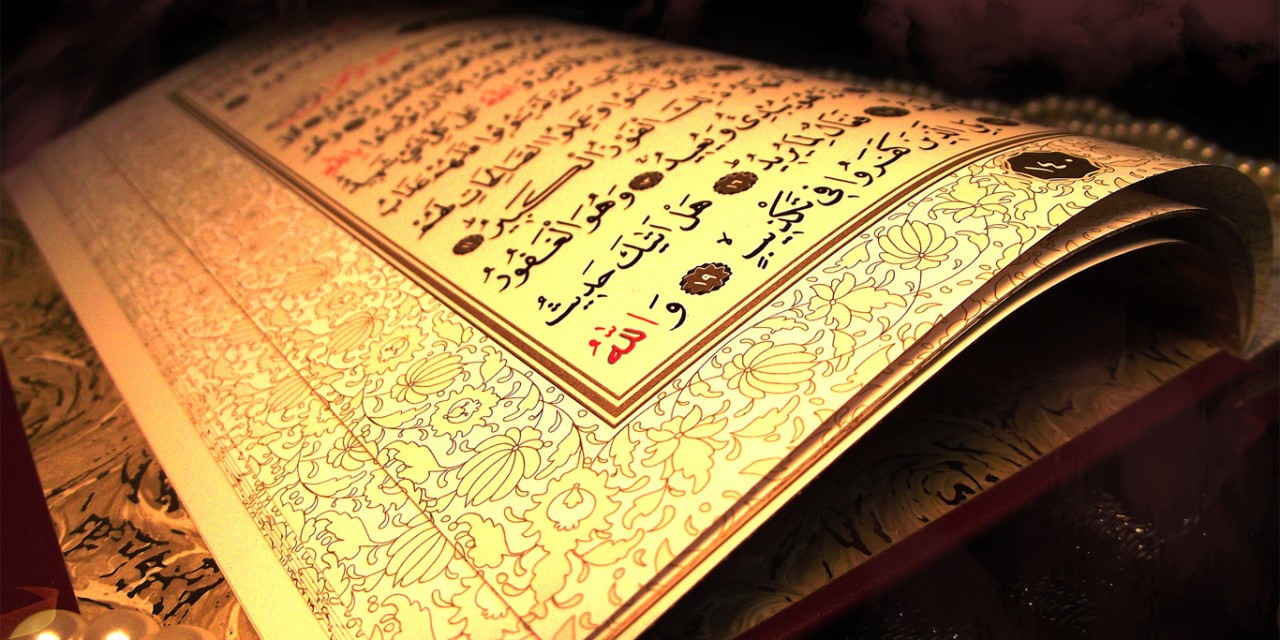 The Quran is the last revealed Word of God. It is a record of the exact words revealed by God to the Prophet Muhammad (peace be upon him) through the Angel Gabriel. It was then dictated to his Companions who memorized it, and it was written down by scribes. The Quran is in every detail the unique and miraculous text which was revealed to Muhammad fourteen centuries ago. Not one word of its 114 chapters has been changed over the centuries.The Quran deals with all subjects which concern us as human beings: wisdom, doctrine, worship, and law, but its basic theme is the relationship between God and His creatures.

There are also many verses in the Quran concerned with natural phenomena that are astounding. It is impossible to explain their presence in humans terms, given the state of knowledge at the time the Quran was revealed.

In the West, such statements had never before formed the subject of a scientific communication until recent times. On 9th November 1976, an unusual lecture was given at the French Academy of Medicine. Its title was ‘Physiological and Embryological data in the Quran’ and was delivered by the famous French physician Dr. Maurice Bucaille. His reason for doing this was that “our knowledge of these disciplines is such, that it is impossible to explain how a text produced at the time of the Quran could have contained ideas that have only been discovered in modern times.The citations included in this pamphlet appeared in the Quran during the 7th century C.E. [Read more: The Quran and Modern Science by Dr. Maurice Bucaille]

The Prophet Muhammad was himself illiterate and was living among illiterate people. The Arabs at that time worshipped idols and believed in horoscope and magic and were superstitious. The Arabs very actively opposed the teachings advanced by the Prophet through his revelations.This short article is for you to read and to consider. Because the subject matter is so vast, we have space to mention only a few brief facts from the Amazing Qur’an.

The Creation of the Universe

“Do not the unbelievers see that the heavens and the earth were joined together, then We clove them asunder? And We made from water every living thing. Will they not then believe?”(21:30) This verse is specifically addressed to non-believers, and touches upon the creation of the universe and the origins of all life. The Quran mentions the existence of a gaseous mass (41:11) which is unique and whose elements, although at first fused together  subsequently became separated (fatq). The separation process resulted in the formation of multiple worlds, a notion which crops up dozens of times in the Quran (1:1): “Praise be to God, Lord of the Worlds.” [1,2]

The Origins of Life

“And We made from water every living thing.Will they not then believe?” (21:30)

The building blocks of all living things are called cells. They are the basic units of life.

Protoplasm (cytoplasm nucleus) is the substance of all living things. Cytoplasm is a jelly-like material consisting of water and dissolved substances. The constitution of protoplasm is about 80-85% water. Without water life is not possible. [2]

None of the myths on the origins of life that abounded at the time of the Quran are present in the text. Furthermore, the fact that all life originated from water would not have been a very easy thing to convince people of 1400 years ago, especially in the desert!

The Expansion of the Universe

The expansion of the universe is the most imposing discovery of modern science. Today it is a firmly established concept and the only debate centres around the way this is taking place.

“The heaven, We have built it with power. Verily, We are expanding it.” (51:47)‘We are expanding it’ is the translation of the plural present particle musi’una of the verb ausa’a meaning “to make wider, more spacious, to extend, to expand.” Some translators were unable to grasp the meaning and provided mistaken translations. Others sense the meaning, but were afraid to commit themselves eg. Hamidullah talks of the widening of the heavens and space, but he includes a question mark. Zidan & Zidan, and The Supreme Council for Islamic Affairs refer to the expansion of the universe in totally unambiguous terms. [1,2]

Mountains have always been looked upon as conspicuous landforms, characterized by lofty protrusions above their surroundings, high peaks and steep sides. However, the Quran accurately describes mountains as stabilizers for the Earth that hold its outer surface firmly, lest it should shake with us, and as pickets (or pegs) which hold that surface downwardly as a means of fixation.”Have we not made the earth an expanse, and the mountains stakes (awtad)?” (78:6-7) and “And God cast into the ground mountains standing so that it does not shake with you.” (31:10). [1,3]

Statements referring to human reproduction and development are scattered throughout the Quran. It is only recently that the scientific meaning of some of these verses has been fully appreciated. The Quran determines that human development passes through stages (39:6). The realization that the human embryo develops in stages was not discussed and illustrated until the 15th century.

The staging of human embryos was not described until the 20th century. Streeter (1941) developed the first system of staging which has now been replaced by a more accurate system proposed by O’Rahilly (1972). However, the Quran was the first source to mention this (23:12-16).

The Quran and Hadith also state that both parents share in the origins of the offspring: “O mankind! We created you from male and female.” (49:13) and “We created mankind from a mixed drop (nutfah-amshaj).” (76:2) The mixed drop refers to the mixture and convergence of a small quantity of sperms with the ovum (and its associated follicular fluid) to form the zygote. It has the form of a drop and consists of a mixture of male and female secretions.”Then we made the drop into a leech-like structure (‘alaqah).” (23:14) ‘alaqah in Arabic means (i) to cling and stick to a thing; (ii) a leech or bloodsucker; (iii) a suspended thing; and (iv) a blood clot.

Amazingly, each of the meanings for ‘alaqah can be applied to human prenatal development.For example, taking ‘alaqah to mean a leech we find that the embryo is surrounded by amniotic fluid just as a leech is surrounded by water. The human embryo clings to the mothers womb, in the same way that a leech clings to the skin. A leech is a pear shaped organism and thrives on bloodsucking. The diagram above clearly indicates that the shape of the embryo does in fact resemble a leech! At this stage the cardiovascular system has started appearing and the embryo is now dependant on the maternal blood for its nutrition like a leech! As there were no microscopes or lenses available in the 7th century, people could not have known that the embryo has this leech-like appearance.”Then out of that leech-like structure We made a chewed lump (mudghah).” This statement is from Surah 23:14. The Arabic word mudghah means “chewed substance or chewed lump.” Towards the end of the 4th week, the human embryo looks somewhat like a chewed lump of flesh. The chewed appearance results from the somites which resemble teeth marks. The somites represent the beginnings of the vertebrae (backbone). (For a detailed discussion concerning the Quran and modern embryology see 1,2,4,5,6).

In the 89th chapter of the Quran, the city of “Iram” is mentioned: “Have you not seen how your Lord dealt with Aad, of the city of Iram, with lofty pillars the like of which was never created in any land?” Iram has been unknown to history, so much so that it apparently became an embarrassment to some Muslim commentators of the Holy Quran. In 1975, in North-Western Syria the ancient city of Ebla was excavated. Ebla is over 4500 years old. In the ruins of the Palace Library they found the largest collection of cuneiform clay tablets ever discovered – around 15,000. Written in the oldest Semitic language yet identified, the tablets reveal that Ebla rivalled Egypt and Mesopotamia as a major power of the ancient world. They found in there a record of all the cities that Ebla used to do business with including one IRAM! [7,8,9]

What happened to the body of Pharaoh of the Exodus?

The Biblical version of Pharaoh’s story states that he was drowned in the pursuit of Prophet Moses (Exodus 14:28-29). Unknown to the world till only of late, the Holy Quran made a definite prediction about the preservation of the body of that same Pharaoh of Moses’ time 10:90-92: “This day We shall save you in your body so that you may be a sign for those that come after you”. The body was discovered in the tomb of Amenhotep II in 1898. [2,12]

The resting place of Noah’s Ark

The Bible states that “And the Ark rested… upon the mountains of Ararat.” Genesis 8:4. According to the Holy Quran (11:44): “The Ark came to rest upon Al-Judi.” According to recent evidence from an archaeological find in Eastern Turkey, experts believe they may have discovered the remains of an ancient vessel whose dimensions mirror those of Noah’s Ark as told in the Bible. However, the discovery was made on Al-Judi! [10,11]

“How could a man, from being illiterate, become the most important author in terms of literary merits in the whole of Arabic literature? How could he the pronounce facts of a scientific nature that no other human being could have possibly known at that time, and all this, without once making the slightest error in his pronouncement on the subject?” (Dr. Maurice Bucaille).

You owe it to yourself to find out the TRUTH about : ISLAM, the Holy Quran and the Life and teachings of God’s final Messenger, Muhammad. [Read more: Quran, the Word of God]

The message of ISLAM is simple:

There is nothing worthy of worship except GOD alone, and Muhammad is his messenger and servant. There are today, over one-thousand million followers of ISLAM. Find out the truth! 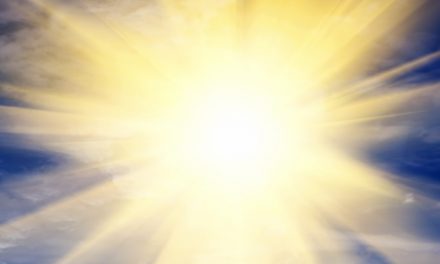 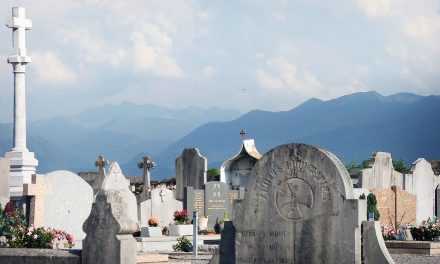 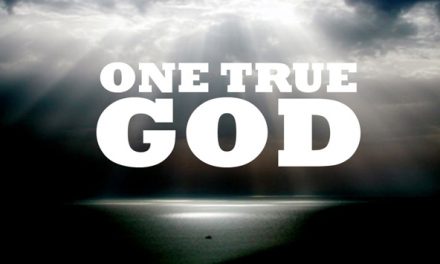 The One True God 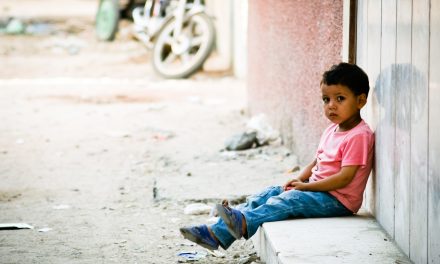